Ep 150: At what age should your kids take SOME RESPONSIBILITY for their dinner?

Okay, less than stellar mom moment, but real none the less. When you're trying to get in the door from a 9-to-5, squeeze in some work on your business before dinner, and your kiddos, knock on your closed door. The door you're hiding behind, trying to race against the clock to get the final touches on your social post, I bet irritation and other thoughts run through your mind. Thoughts that usually go along the lines of..."I'll be glad when____" And what follows is usually some super independent capability we wish they had so we didn't have to halt our super productive moment. A little more independence in your kids does produce some additional time for you but let's talk about when we can get them more independent, at least during a busy space of time...dinner.

In this episode, we'll talk about...

Of my three girls, the younger two NILAH and Lorianne are very active about coming to say, "Mom, can we have a snack? We want X, Y and Z." Naomi, my older one who's on the autism spectrum, just makes it very clear that she's hungry, she wants a snack and she does that very simply. She's like "snack hungry, snack, want to eat." For all three of them, it always seems to not be a great time even though they generally will have a snack at the same time. They'll have dinner around the same time and during the week. By the time I get home, dinner is usually already made and they've started eating. So snack time really falls on me and they're usually very good about trying to make sure that they eat their snack on time. And when I say on time, like we all know in the house that about seven o'clock is snack time and these girls will come and they will knock on doors or they will ask what time it is or they will ask Alexa what time it is and then they will double back with me just in case. I dunno, maybe Alexa didn't tell them the right time or whatever it is. And so they know when they're supposed to have their snack, they know snack time is coming in and a lot of times they want to eat even earlier than snack time. Maybe they didn't like what was for dinner or I don't know what it is. They're constantly hungry. So either way, Nilah and Lori are pretty good about saying what they want or what they suggest for snack. And nine times out of 10, their suggestion is slightly off the Mark. Like they mentioned things like, "Well, we could have some candy and an orange." That's "No children, let's do something else for snacks."

So anyway, the times that they come and ask for a snack don't always seem to be the most opportune times. And again, even though we all know when snack time is, but they tend to come a lot earlier. It's never a great time. And for me, making sure that my children are fed should be a priority. So I realize it really does sound like, "Oh my gosh, you were horrendous mom, but I can't be alone in this." There's usually something that I'm trying to work on and get done and get out of the way so I can go back to just focusing on other times if you're with the girls or with my husband or whatever. So it's never a great time. And with the girls, I always think in my head, "Right, what can they have that is both nutritious but they can reach?" So that I don't necessarily have to get up and do it because independence is important. So with the younger two, in particular, we'll kind of go through their list of choices and maybe it's some chips or some pretzels or something like that and an orange.

I'm always asking them, "Can you reach it? Can you reach that?" And the answer is, lately have been, "Yeah, I can reach it. I can go and I can get it." And that usually gives so much relief to me because now I can send them along their way and I know that they've got great choices and they can reach them in, I can finish doing what I'm doing and Oh by the way, I can say, "Oh grab one of those for your sister to your other sister too." So independence goes a long way. Our kids, especially when we're busy from the standpoint of not only being a mom, right? Cause that's a top priority, but when you're in your 9-to-5, still you're building your business, you're being a wife, you've got all these things going on.

So wherever you can find just a little bit of time to help you kind of move forward with the journey that you see, move forward with the bigger impact that you want to do, it helps. And one of those places that we can find it in is in having more independent children. Now the question becomes, "At what age do they truly get to the independence?" That starts to give us a little bit of freedom now for my children. And again, they're ages ten, eight and five. The 10-year-old because she's on the autism spectrum, we've got a little bit of independence, but there's still a lot of additional help that's needed on that path. But for the eight-year-old and the five-year-old, all their independence levels have risen very, very high. And I'd say it's been that way for maybe a couple of years.

Right around when NILAH, the middle child was maybe in that five-year-old, six-year-old range, her independence has jumped significantly. And so I think if you've got children that are in that younger space now, God bless you. If you've got children that are already older, maybe even out of the house or they're in that teenage period or that middle school type age, like your independence is probably through the roof. But if you still have those younger ones, there are different things that you can do to really help you get some of that time. You really have to decide when is a good time. And for us, because we could see demonstrated behavior of responsibility. So like being able to send them off to go and get something off of the shelf and then to come back downstairs and know that that thing we ask them to get off the shelf is now placed back on the shelf and the door is closed and there aren't things all over the floor. Some of those little small clues give you some idea that, "Oh, okay, they're being more responsible or they're making or asking questions that are in a responsible nature."

For instance, yesterday, my oldest daughter had some food that fell all over the floor and she had gone upstairs. But my youngest daughter, Lori, who's five, said to me, "Mom, Naomi left this food on the floor and she needs to clean it up. She can't have this food on the floor." Ding, ding, ding, ding. Responsibility bells. Right? So there are different signals that show you, "Okay, your kids are becoming more responsible." They've got that good window to help coach them along the independence path that will be both helpful for them longterm and helpful for you as well. So look out for those signs to give you clues on when it's time to help push them towards more and more and more independence.

Look out for those signs to give you clues on when it's time to help push them towards more independence. (Click to tweet)

Now I think the thing that we have to be careful with is keeping mom guilt in check. So while we're pushing our kids towards independence, it's always us as moms who have the guilt so much as it is pressure coming from other people that may make us feel guilty. Some example of this is I think about with my oldest daughter, in particular, we are constantly pushing Naomi on an independent path because already, you know, society has expectations of her right. Being that she's middle of the road on the autism spectrum, some of the folks around her that are close to her have expectations of her and it's up to us as parents to break those expectations and make sure that she feels enabled and she pushes the hardest that she can towards that independent path. Cause she will need that as she gets older. Mom guilt sometimes comes in and it shows up because of folks on the outside that may say, "Oh well you should help her with that. Or go and grab her hand and help her make sure she gets down the steps." And in my mind, I said, "No, I won't be there for her always. Other people won't be there for her always. If she was somewhere by herself. She needs to know how to get it done by herself." And sometimes you just have to let mom guilt, whether you're imposing on yourself or other people are imposing it on you, let it go because you'll need to put that to the side to help push your children down that path of independence. So this is now not only something that is helpful for you and your freedom, but it's something that's helpful for them as well. So keep mom guilt in check.

Sometimes you just have to let mom guilt, whether you're imposing on yourself or other people are imposing it on you, let it go. (Click to tweet)

And the last thing is, as we're raising independent kids and pushing them towards independence, to gaining some of that freedom, I want to make sure that my kids don't feel neglected in that process. I don't want to just say go fend for yourself and have them feel like, "Oh, okay, well I got to do this, but you know, little Tommy or a little Sally's mom does this for them" or whatever it is. You don't want them to still feel down a supportive path. And so for me, one of the ways that I've found to be able to do that is through making them feel connected and almost proud of the fact that they are, you know, independently getting their own snack. That they are independently getting a snack for mommy and for daddy. Making them feel proud of the fact that they are able to serve. If there's something quick and meaningless and maybe it isn't even the real dinner, but it's like the pseudo dinner that buys you time to make the real dinner, giving them that joy and satisfaction that says, "Oh, look, I may dinner and it may literally be like Cheerios and oranges on a plate" but the fact that they have made dinner and they've made that for not only themselves, for mommy and daddy, and that they can brag upon that, that's something that helps them embrace that independence as opposed to just feeling like, "Oh, well, I guess I've got to go do this myself." That's not a sentiment that I wanna leave with my children. And I'm sure that's not something that you want to either. So take all of these different things. I hope you take them. I hope you've got something valuable for them and you take them and you take action because there is some freedom and a little bit of time for you to work through all this craziness as you're on this bigger impact journey. 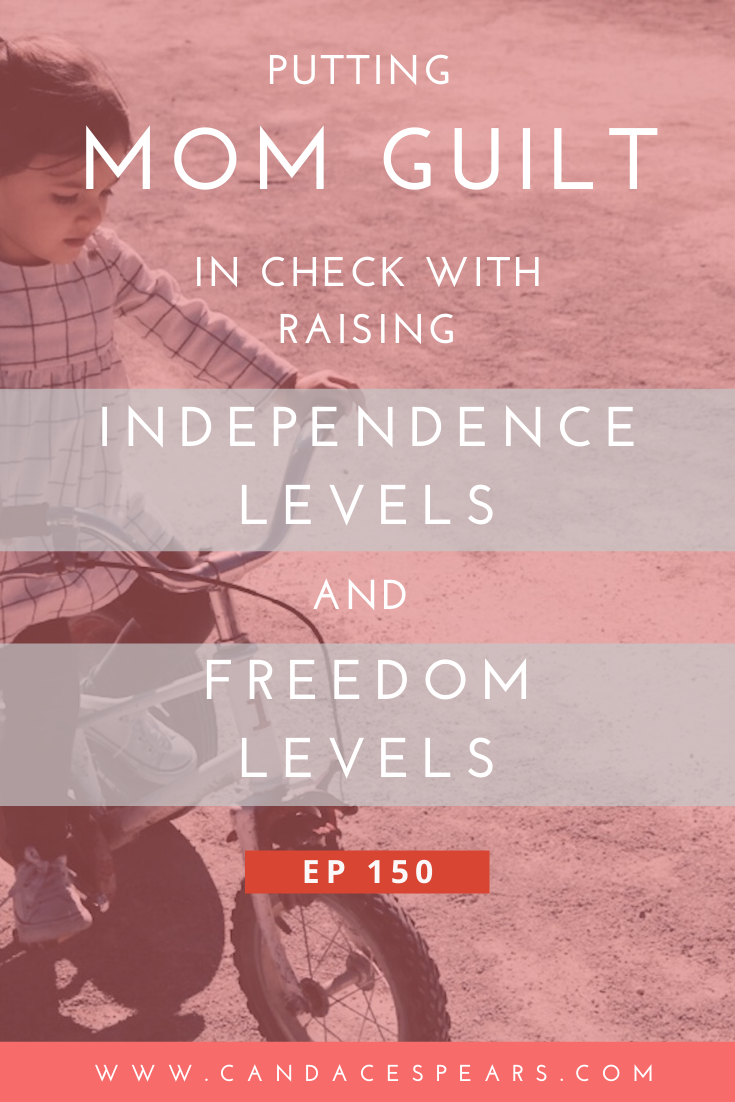 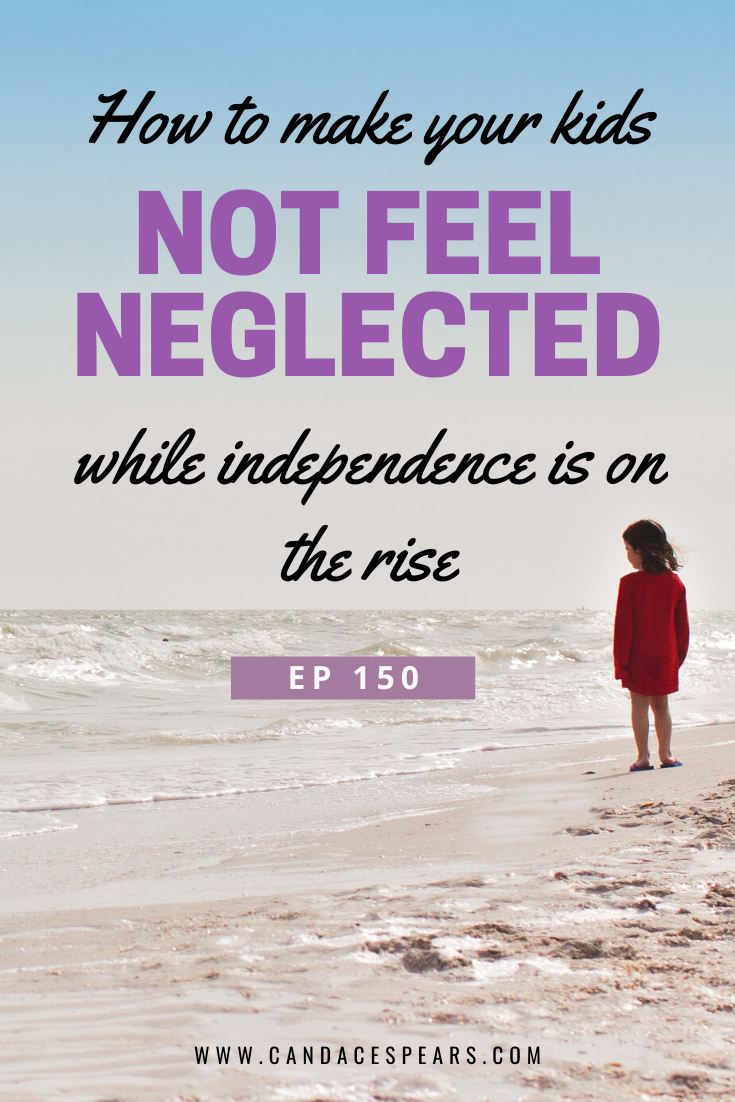